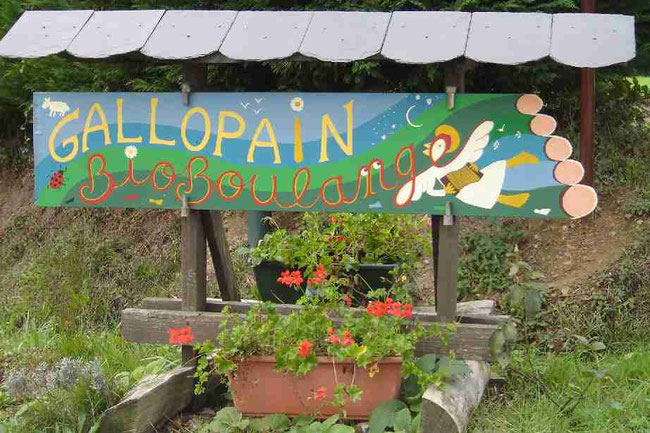 In the South of Brittany, Daniel Testart cultivates a 2000 m² garden that feeds his family of five the whole year round. The plot is located on light, humus-rich soil between a small forest and the village of Quily, inhabited by 300 souls. More than 50 different plants grow throughout the year in the mild climate, 30km from the Atlantic Ocean. The varieties range from old wheat to rare species of vegetables, and grow without interruption.

Daniel first started gardening out of curiosity, then delved in with passion.  He is the second of eight siblings and was supposed to – in accordance with farming tradition – leave the land to his older brother. Because he was not allowed to work the land he learned to knead dough instead and became a baker. However, he soon got tired of the frantic pace of the bread industry. In the 1980s he founded his own organic and artisanal bakery with natural sourdough, sea salt and rain water; all cooked in a wood fire oven.

At the same time, he began to experiment in the garden. He diligently collected old seeds, some of them acquired in chance meetings. He sows in tune with the rhythm of the moon and without chemical fertilizers or pesticides. To fertilize the soil, Daniel uses his own compost; a mixture of fermented plants or a puree of nettles. In the winter, the soil is covered with dead leaves, straw or green manure, rather than being left naked. In the spring he sweeps away only the top layer, or leaves it for plants such as pumpkins, strawberries, cabbage… Some vegetables like carrots, leeks or radish is additionally covered by a liner. “I work very little on the soil. I really only scratch the surface, the land already having been prepared with green manure. Once the seeds germinate, I use a rake. When repeating this several times you don’t need herbicide inputs,” explains Daniel.  For him, harmony between the Earth, the Sky, Nature and Human Beings is the most important thing. 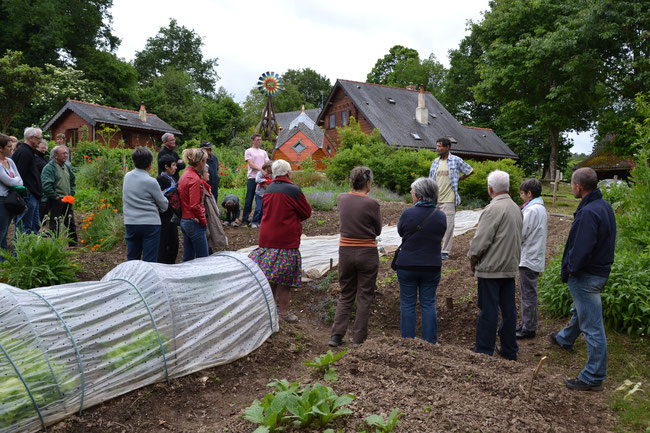 Almost everything which is able to be cultivated in Europe grows in Daniel’s 2000 m² garden, and with almost no seasonal interruption. His greatest challenge: salad throughout the whole year! He begins with garden lettuce in the spring, Batavia in the summer, lamb’s lettuce in the fall, and the chicory in the winter.

Daniel’s vigilance and observations for more than a quarter of a century have taught him which varieties adapt best to the soil and climate conditions, while at the same time withstanding pests like field mice and butterflies.

A third of the bread that Daniel bakes is derived from old seed varieties, such as rye or spelt. According to Véronique Chable, researcher at the INRA in Rennes, exactly such species are what guarantees a truly traditional cuisine.  These old grain varieties embody values such as co-evolution, solidarity and communality. To revive these old grain varieties is part of a philosophy that strives for transparency in all stages from production to point of sale by reconnecting taste with terroir[i].

In 2012, Daniel won the prize for the best eco-garden in the department. This award brought a certain reputation to this discreet and dreamy baker, who lives offline by choice. Since then, he has opened his home and his garden to curious visitors in order for them to learn more about biodynamic methods of agriculture and permaculture. As Daniel likes to explain, we are all responsible for maintaining nature as well as our own bodies and that after all, we are all really “eating soil, sublimated by the alchemy of plants.”

[i] Terroir (French terroir ‘ land’, from medieval Latin ‘terratorium’) is a French term from the agricultural sector. Depending on the interpretation, terroir can describe the natural factors by which a particular piece of land influences the properties of the crops grown there. These factors can be understood as the interaction between specific cultural techniques of farming and the naturally given conditions such as (micro -) climate, geology, terrain, soil and climate. The term thus describes the character, value and uniqueness ascribed to a regional environment and its agricultural produce.