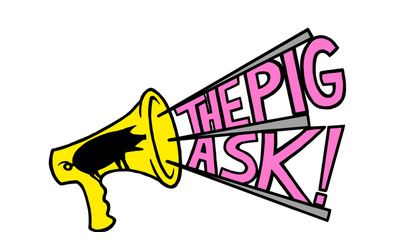 Guest post for 2000m² by Max Wakefield, Farms Not Factories

If you’ve ever lived near or downwind of a pig factory farm, you’ll want to ask the question. If you want to go on being able to access live-saving medicines, you will too. Likewise if you’re an independent farmer struggling to survive. If you care that we’ve reached ecological limits, or you believe intelligent animals should be treated with respect – it should be hovering on your lips.

This: how do we end factory farming?

It’s one that Farms Not Factories has been trying to answer since 2004, when its founder Tracy Worcester began a journey from South West England to Poland, the US, Romania, Chile, Germany and beyond to document and challenge the global rise of factory pig farming.

The film has a simple message: this irresponsible system which exploits people, animals and the world around us exists because it is profitable. Lose the profits, and you lose the system. Avoid factory farmed meat, buy free range, local or organic – and think about eating less meat to cover the cost.

Since its release in 2009, followed by screenings in the UK and EU parliaments and on Capitol Hill, Pig Business has been followed by over 20 translations and 8 country specific edits. The latest of these tells the story of the people of Freirina, a village of 6000 people on the edge of the Chilean Atacama desert, who took on the 8th largest pork producer in the world to close the world’s largest pig factory farm – and won.

Pig factory farming blights Europe too, with Denmark, the low countries and Germany in particular having established export industries producing meat that ends up on supermarket shelves across the continent.

But factory farming is a global problem, and it demands a global response.

And so our part of the answer to the question of how we end factory farming is our new, global campaign, The Pig Ask!. It will bring all of our films, campaign tools and resources under one roof to start a worldwide push across 35 countries to shift buying habits away from factory farmed pork, for good.

At its heart will be a cutting-edge short video which will communicate to viewers the costs of pig factory farming and urge consumers to pledge to:

But here’s the thing: we’re a small team in London. The campaign needs more than us to drive it forward.

From simply publicly pledging your support, to introducing us to your networks, to coordinating a launch day press stunt, there’s a way for anyone to be involved. In return, The Pig Ask! will support your work by shouting about what you do and providing free communication and campaign tools.

Our vision is of The Pig Ask! inspiring consumers, changing buying habits and supporting the campaign work of others for a fair, healthy, green future in livestock farming.

We’re already working with 2000m2 alongside partners and supporters in the US, UK, Canada and Brazil, such as the Centre for Food Safety, Food Democracy Now!, the Soil Association and the Gaia Foundation.

So ask that factory farm question, and then join The Pig Ask! today.

To endorse us, support us further or find out more further please email max@farmsnotfactories.org, or give us a call on +00442075846592.