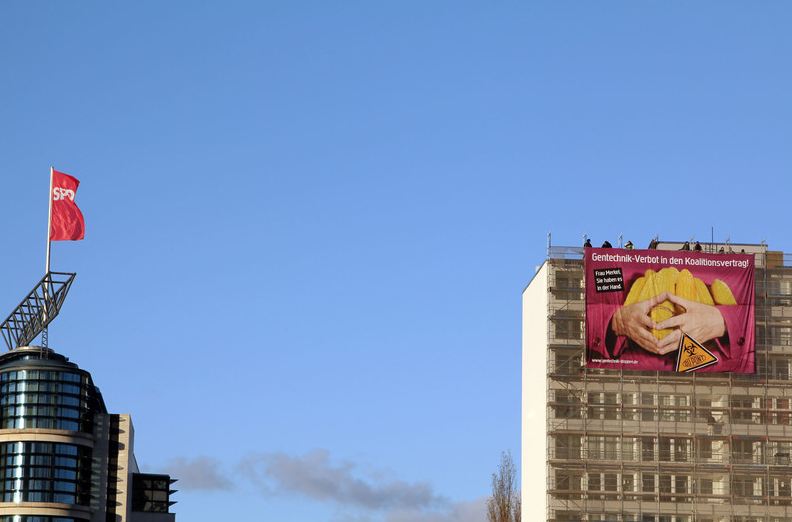 „Ban GMOs in the coalition agreement! It’s all in your hands, Angela Merkel!” This is what activists shouted yesterday in front of the Willy-Brandt-Haus, the SPD head office in Berlin, while prospective German coalition partners were negotiating. A huge banner displaying chancellor Angela Merkel’s hands in their signature diamond gesture was hung from a building opposite the Willy-Brand-Haus. In the poster, her hands held a bright yellow cob of corn by US genetic engeneering company Dupont.

Will German fields remain GMO-free? While the SPD and CSU dissaprove of allowing the cultivation of genetically modified plants, the CDU does not want to make such a commitment in the coalition agreement. Thus, „It’s all in your hands” was the message the activists had for cancellor Angela Merkel.