Here is a poetic description of the summer of 2017 on Daniel Testard’s 2000m² in Quily (Brittany, France). Our project leader, Benedikt Haerlin, paid him a visit last august and was able to witness the beautyof his 2000m² garden…

Wildflowers mirror the moods of summer: bright or withered, depending on the weather 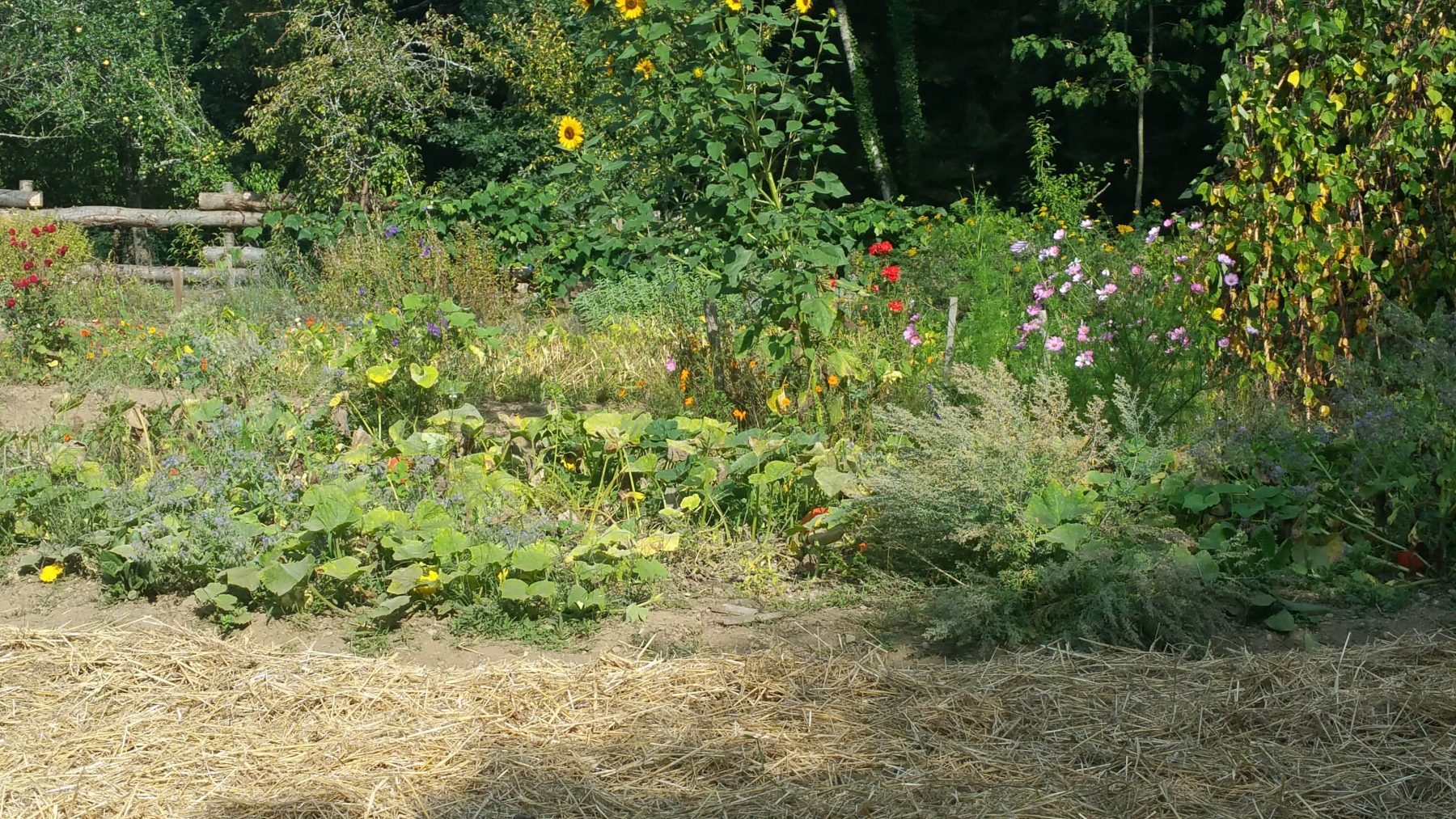 Like every year, my summer garden is devastated when I go away. Each time I return, I have learned to expect a desolate scene, which changes with the weather. Lots of grasses and the recurrent question: where are all the vegetables? This is Brittany; we fear damp, not drought. But the first drought was in July and the second in August. Luckily, the soil is rich in humus from the compost, so it dries out very slowly.

Savage nature is quick to reclaim its rights, doing its duties. Such happiness for nature, contented nature! Such sadness and despair for the poor gardener! This gardener who, like a tyrant, forces nature to produce what it refuses to do on its own. For a brief moment nature triumphs. But good manners and spontaneity are opposites; they lead to struggle and strife, pity in life. 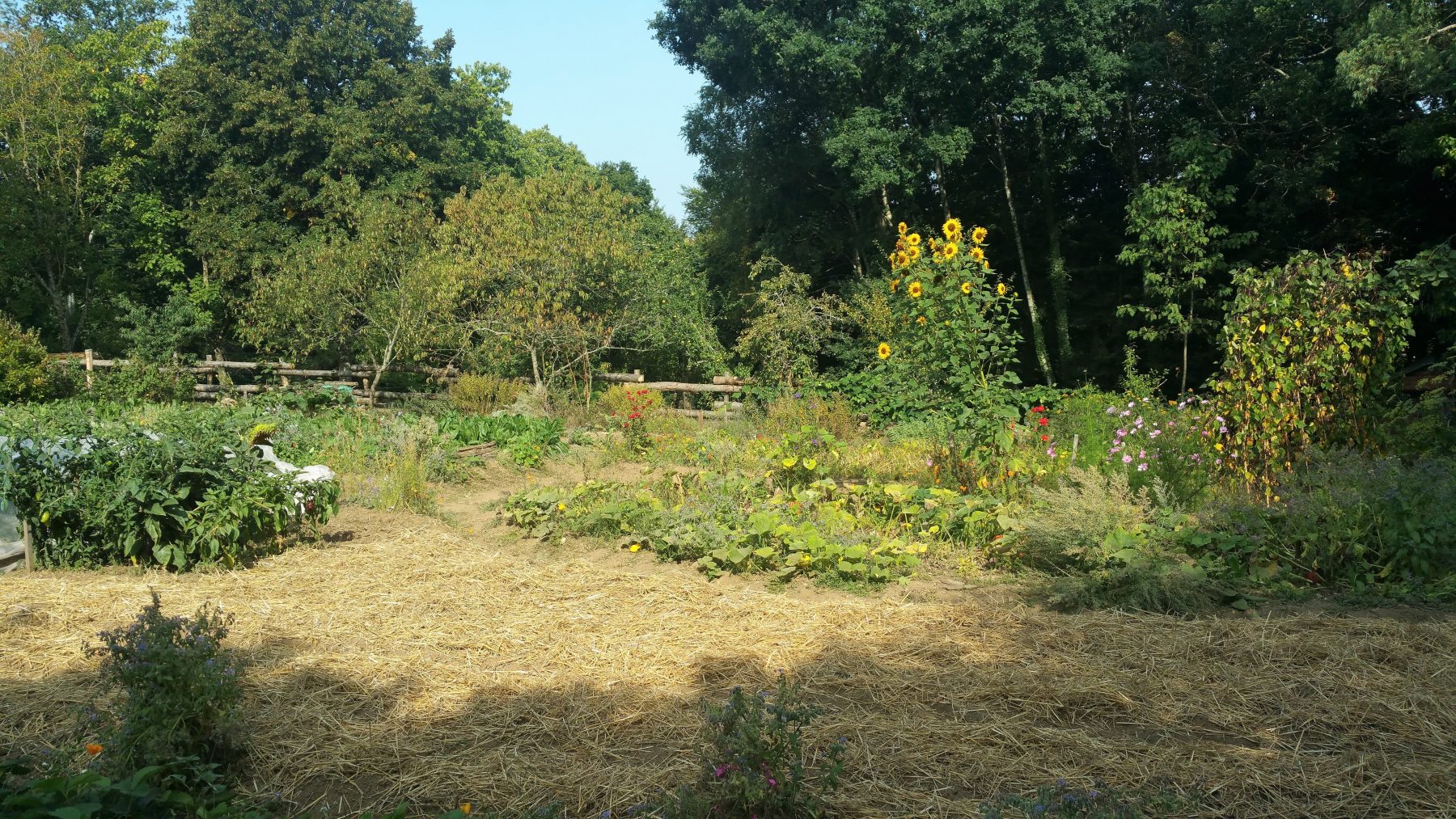 In spite of all that, what beauty there is in domestication! And what bounty the Earth offers its inhabitants, its occupiers!

Now the crazy grasses yield slowly to the gardener’s gentle hand. And suddenly, our magical vegetable plots reappear! Only the beans, perched on top of their stick tipi, are safe from the herbaceous invasion. As well as the grapevine, its bunches swollen with the earth’s blood, its vines bent as if in prayer. And the flowers, those which are not yet in seed.

Could the massive attacks on the vegetables be simply a reaction to the farmer’s cruel demands to nature? Including bad weather. The transition from hunting and gathering to farming caused profound changes in nature’s balance. The gardener is one of the culprits. We have perhaps reached the zenith of species. Nature’s conscience is probably asking us to stop our excessive intrusions into its own order of things. Modern technology has become dangerous for nature and for those it has fed and protected until now. Progress abandons a large part of our populations. The time has come to share our overproduction with those who need it.

Gardening is a subsistence option open to all, as long as there is a will and our possessive instincts are kept in check. A return to gardening would be a solution to feed the world. At the same time, it would be an antidote to modern life, which is too artificial and ungrounded.

The summer is now passing away, leaving us with these meditative thoughts. But first, we note that it ends with the goddess of harvests for the granary. The cool, fresh cellar will also receive its treasures: onions, red beets, celery, potatoes, etc.

Between the summer heat and the damp soil, the vegetation has fattened up with energy for winter. Toil, pain, and care have focused on the nourishing soil nonstop since spring. Suddenly, it will all disappear, leaving nothing but a humus of happiness.

The table is full of treasures, offerings to be savored, cruel as children often are, but respectable like wise old men. Dinner’s ready! 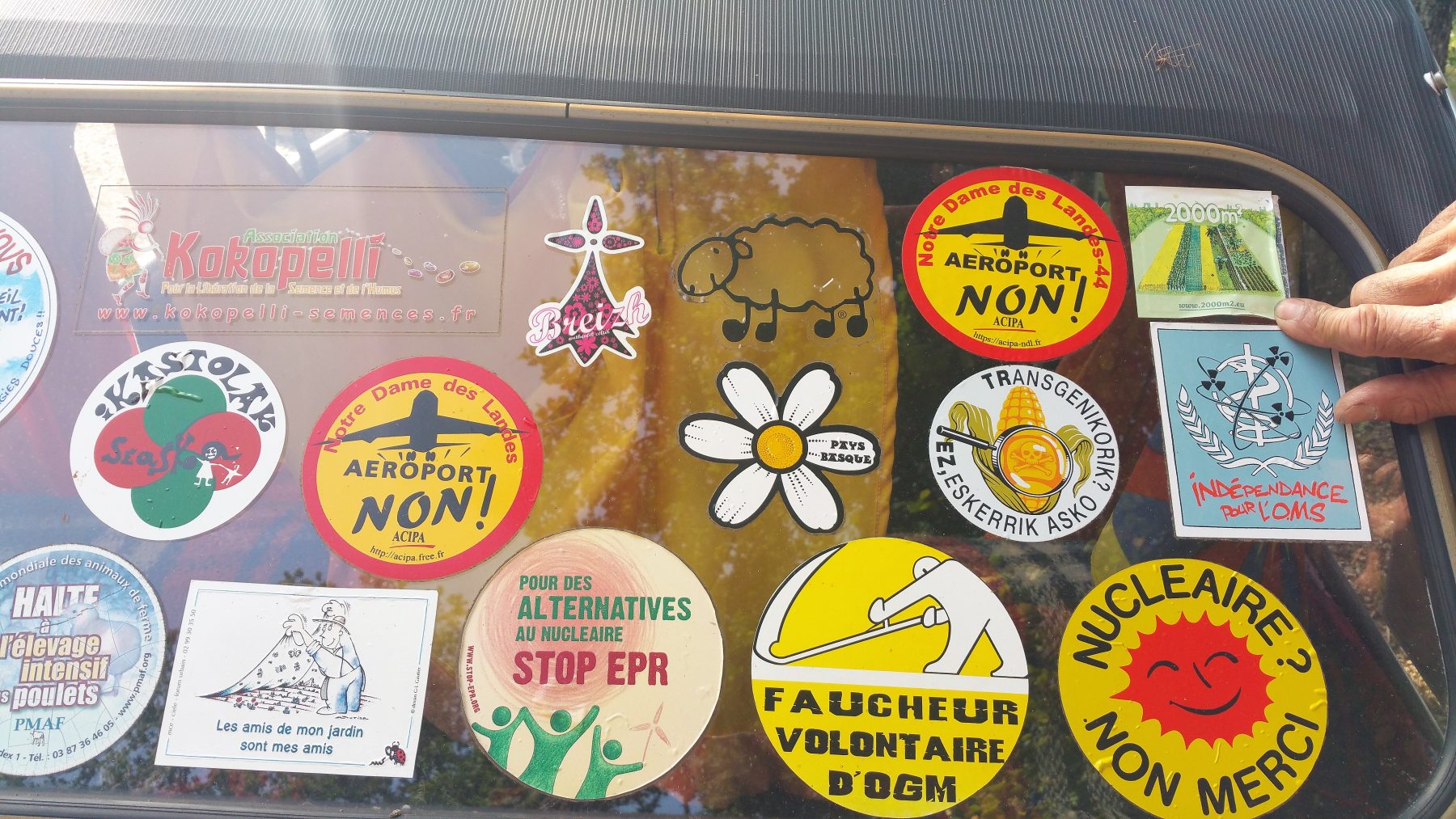