Our Swedish correspondent Magda Knobel found a 2000 m² garden in Stockholm. On the island of Djurgården, between an amusement park, various museums (including the Abba Museum) and many trees, there is a garden which has a very special mission.

At the end of the 18th century, the garden was created as an educational site for gardeners, with a few greenhouses, an orangery as well as an apple grove. „Rosendal Trädgård” is now run by a foundation that has been growing fruits and vegetables biodynamically since 1982. A miniature of a self-sufficiency society should be depicted, with its own vegetable garden, bakery and café-restaurant. Moreover, experiments have been carried out in the garden under the title “Experiment 2000m2” since the beginning of the year. 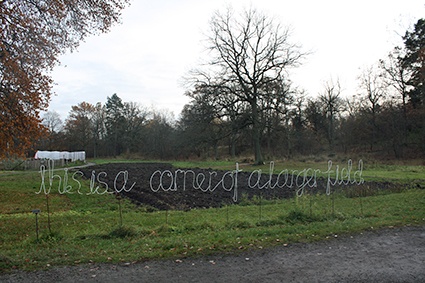 While the basic idea of the Swedish 2000m2 area finds its roots from the Weltacker in Berlin, a field has established itself here that completely deviates from the concept. This is an attempt to give an idea our own 2000m2, where each person should imagine how they would design, cultivate and manage their own area. School classes, farmers and larger companies should come together and consider jointly how they want to work with and for each other. Instead of looking at the space taken up by certain consumption patterns, the exhibition should encourage people to look after the earth and its resources and design the best for the planet and for themselves.

How can I design 2000m2 so that I can feed myself sufficiently (and in a tasteful way) but also return nutrients and minerals to the earth? How can I return my organic waste and its important components to the earth? How can I act with different actors in order to create a greener planet together? The foundation and the head of the 2000m2-Experiment Anna Emmelin want to stimulate discussions, food for thought and changes in behavior with such questions. 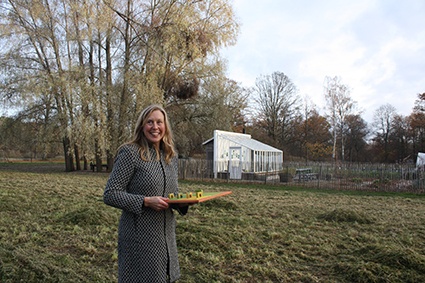 Anna Emmelin – the engaged and engaging coordinator of the 2000m2-Experiment

Every guide recommends a walk on Djurgården. A longer stop at “Rosendal Trädgård” is definitely worth it, not only for the garden and the 2000m2-Experiment itself, but also for the interesting history of the place and for the beautiful café with its small shops, where products oringinating from the garden and from the region are provided.

We are curious to see what will happen with the Swedish 2000m2 and how their international partnerships will develop! 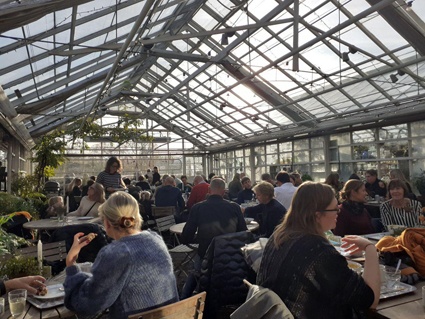 An impression of the welcoming greenhouse café