Zhang Shaolan in Heinigou village in Yunnan Province is one of three farmers who are showing us how they make a living from 2000m² of arable land in South China. Each of them owns roughly 1 Mu, which is 666m².

The farm work on Zhan Shaolan’s field generates a big part her family’s income. Together with her husband Zhan Shaolan has three children. Just like most people in the Heinigou village the family identifies with the ethnic group of Miao, one of the 55 official minority groups recognized by the government of China. 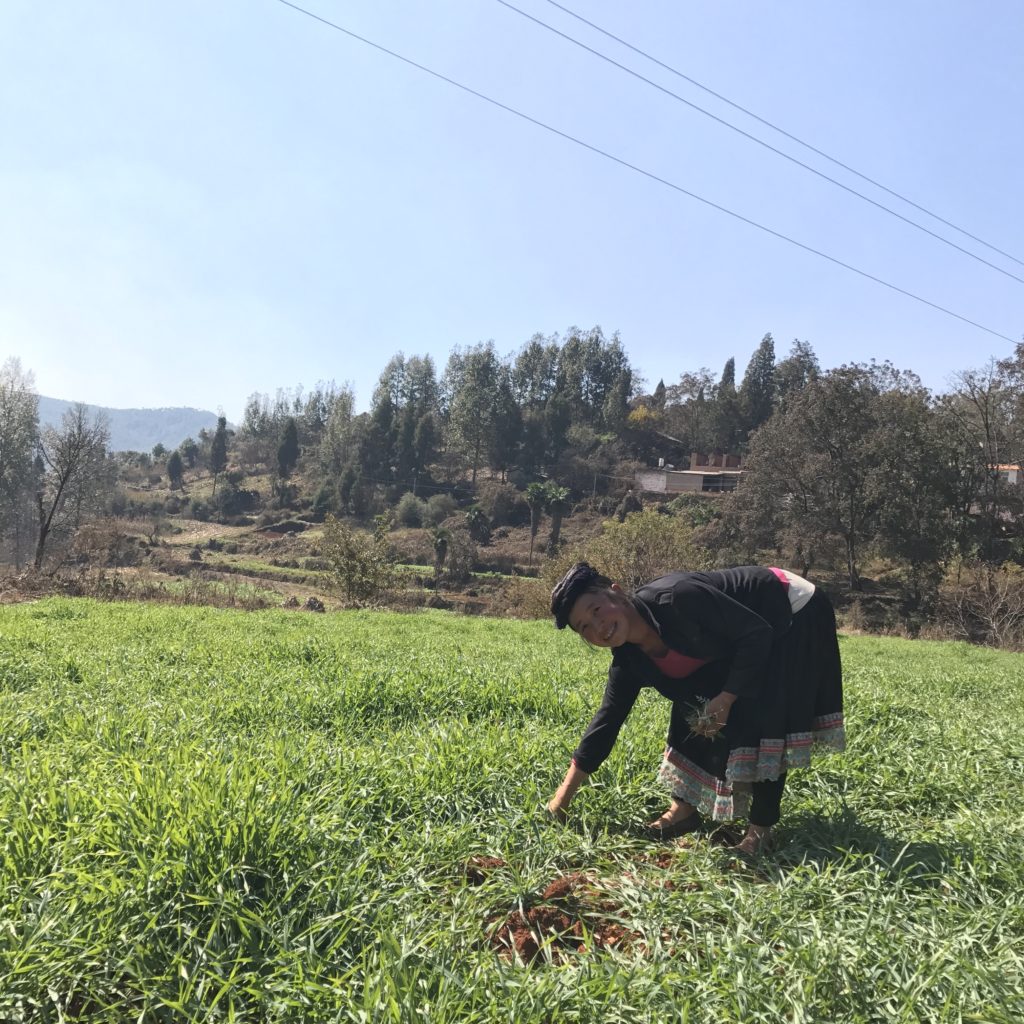 Her daughter is the first and only college student in the Heinigou village and has been in University for three years now. Zhang Shaolan also has twin sons who are attending a boarding school and therefore only come back once a week. The family income relies almost compleatey on agriculture. Zhang Shaolan is running the farm basically on her own, as her husband needs to travel for work frequently. Her daughter and sons help on the farm during the holidays.

Zhang Shaolan works very hard. She ususally gets up quite early to feed the pigs, cows and chickens. Afterwards she goes out to the field to check the wheat which is used for animal feed. Sometimes, she goes up the mountains behind her house to collect tree leaves which keep the animals warm in winter. In spring, Zhang Shaolan plants tobacco, corn, potato, cabbage, carrots and other kinds of vegetables on her small land. Among all these crops, tobacco generates the biggest income that allows her to cover for the intuition fee of her three children. Therefore, she plants tobacco on most of her farm land. The corn and vegetables on the rest of the field provide for the family’s own consumption. 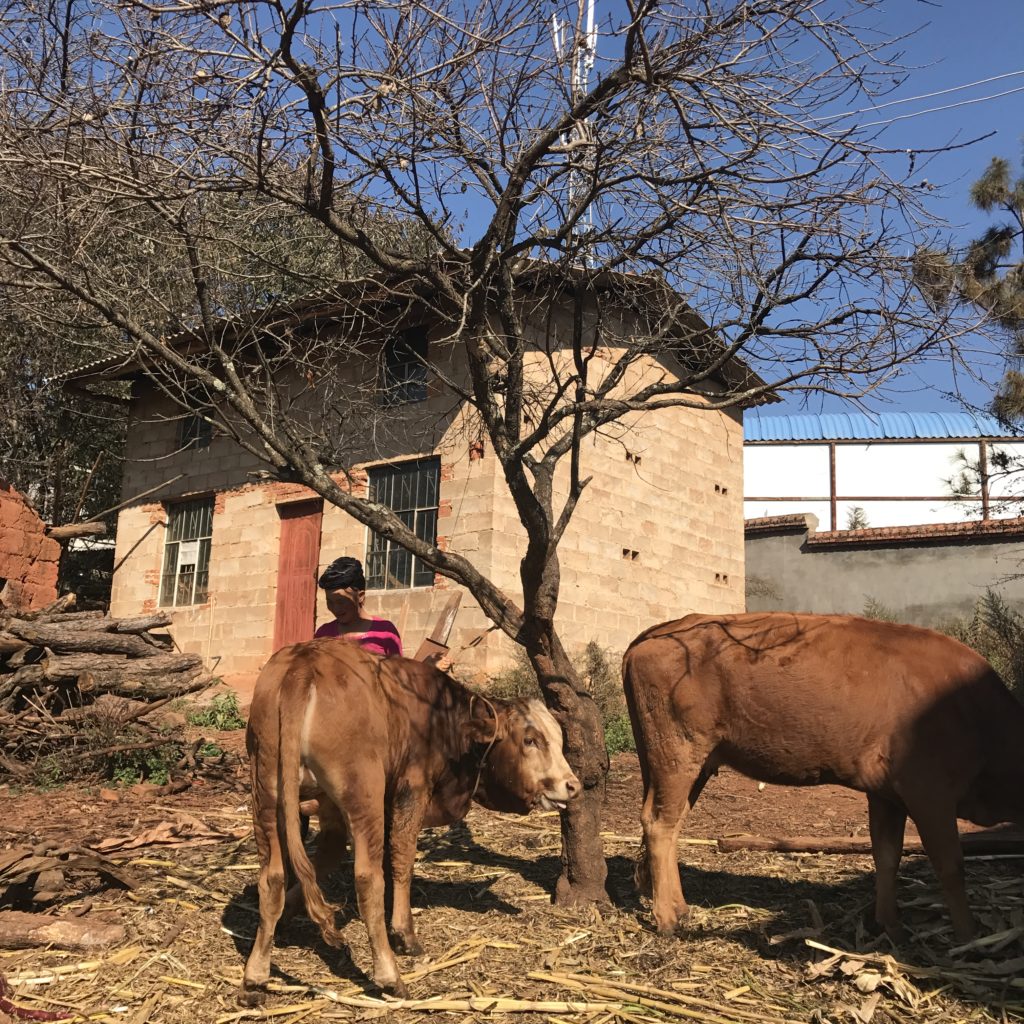 The farm also has cows

In order to increase the fertility of the soil, Zhang Shaolan plants beans between the tobacco. She also explored crop rotation and inter cropping systems which were passed down from generation to generation. For example, she intercrops corn and sun flowers. Throughout the year she is always harvesting – no matter if it’s winter or spring. With the help of Pesticide Eco-Alternatives Center (PEAC) in the past few years, Zhang Shoalan has gradually transitioned from farming with a high consumption of chemical pesticides and fertilizers to a more ecological agriculture. 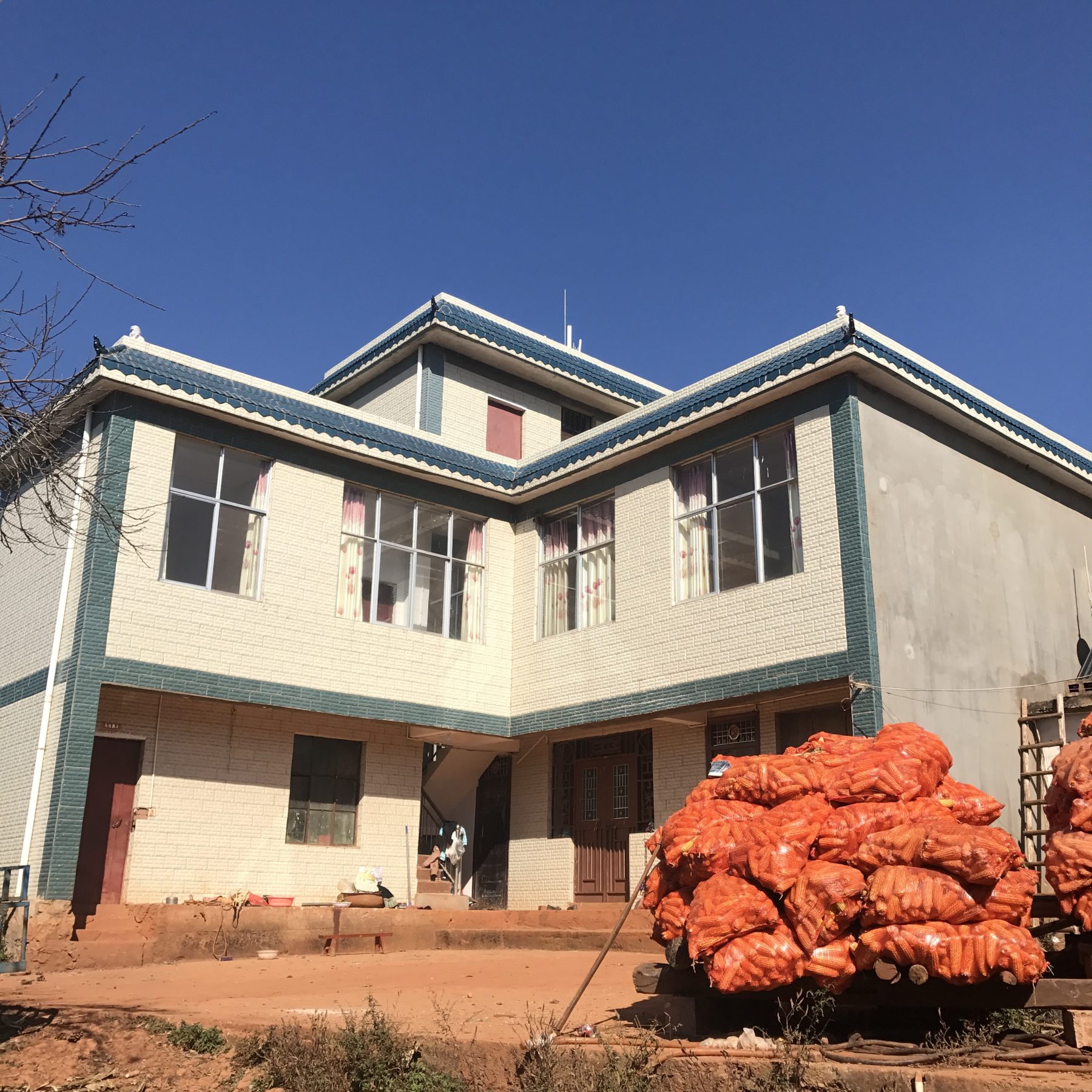 The corn is dried and packed outside the house

While exploring ecological agriculture, Zhang Shoalan also has tried crop rotation and inter cropping farming measures to prevent the outbreak of pests and diseases. She actively participates in an organic farmers’ market launched by PEAC. The market is held every last Saturday in Kunming City, the capital of Yunnan Province. There, Zhang Shoalan brings ecologically grown vegetables, wild vegetables that she collects in the mountains, wild mushrooms, dry beans, wheat powder and eggs to the market. The farmers’ market allows Zhang Shoalan to generate a moderate extra income to support her family. 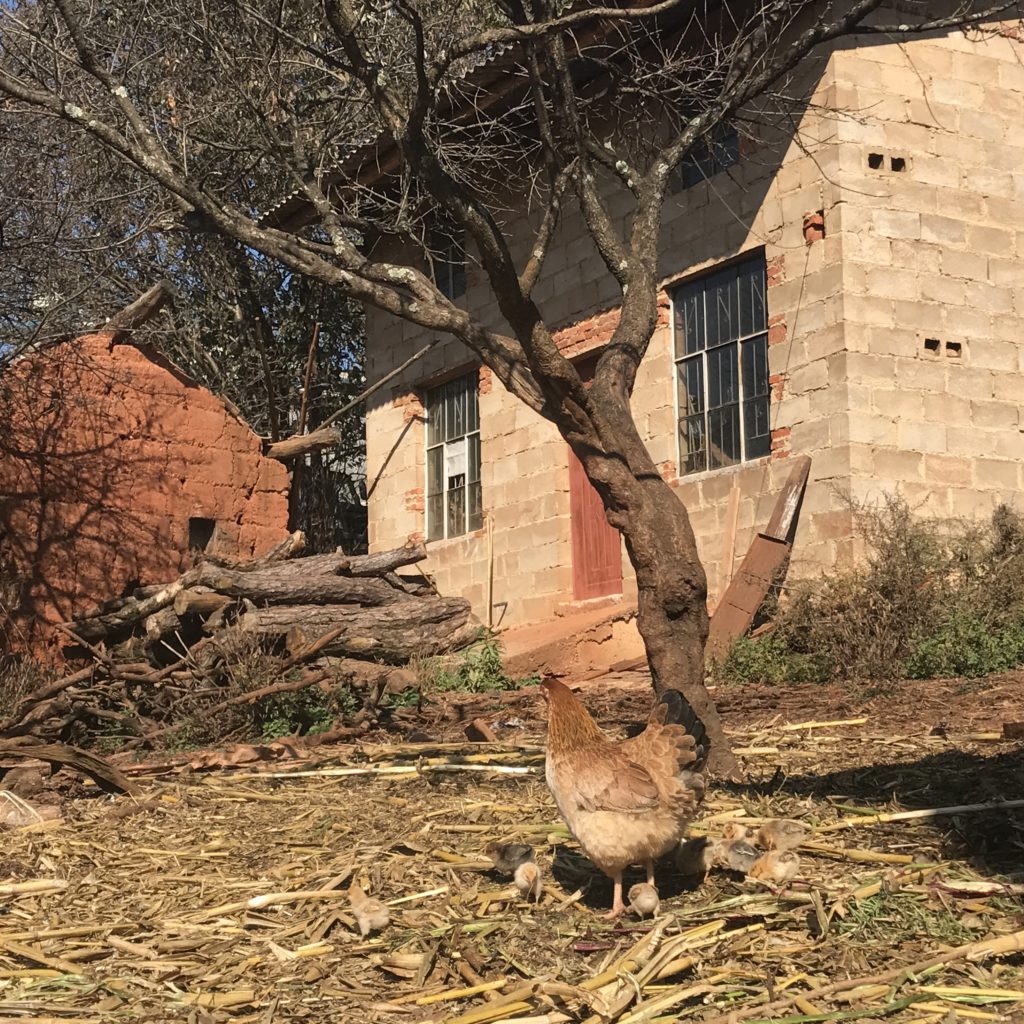 The chickens are moving freely in the entire village

Zhang Shoalan knows about the risks for human health and the environment that come with the use of chemicals in agriculture. She hopes her way of farming contributes to environment protection. What’s more, she also motivates other farmers to make the transition to a more ecological agriculture.

Zhang Shoalan identifies as a representative of all Miao Women in the village. Just like her, most Miao Women do not receive a school education. It therefore makes Zhang Shaolan very proud to see her daughter attend college as the first inhabitant of the village ever. Usually, Miao Women get married quite early. Zhang Shoalan insisted that her daughter attends college before she gets married. The Chinese saying “Women Hold Up Half The Sky” originates in a famous proclamation by Mao Zedong. However, it has received a new meaning in modern Chinese feminism. Zhang Shaolan works hard to raise and support her children. Her wish for the future is that her children finish their studies and one day will live an easier life.

In the video below, Zhang Shoalan takes us to her field in Heinigou. 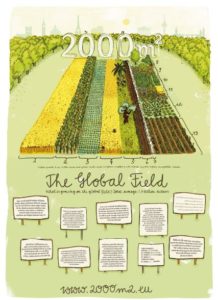