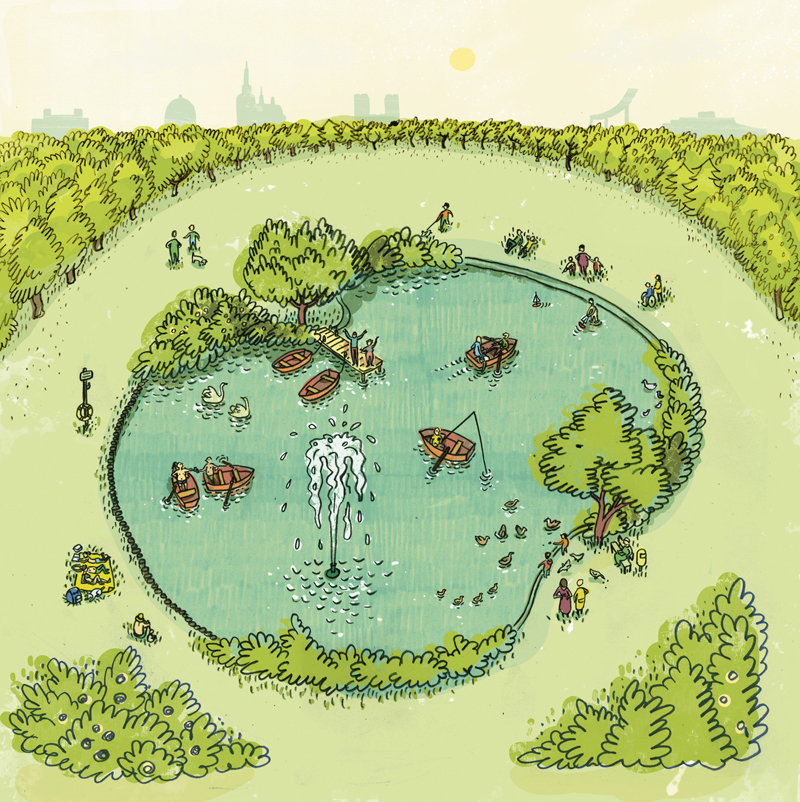 It’s a fifth of a hectare: not that small a plot. A garden this size for example would keep you really busy. A 2000m² field could host around 200 cars, 33 flats (of 60m2) or one supermarket.

Back in the days when agriculture was not run by tractors, 2000m² was only a little less than what one person could till in one morning with a horse-plough. A pond that size could also host quite a bit of activity – it’s about twice the size of a standard 50 meter pool with eight swimming lanes.

Coming back to our topic of arable land, it represents about 11 percent of the total land surface on the planet. Another 26 percent are meadows and pastures. These would provide another 5000m² per person. Forests represent 30 percent. All other areas, mainly deserts as well as urban and traffic areas, represent a total of 32 percent.