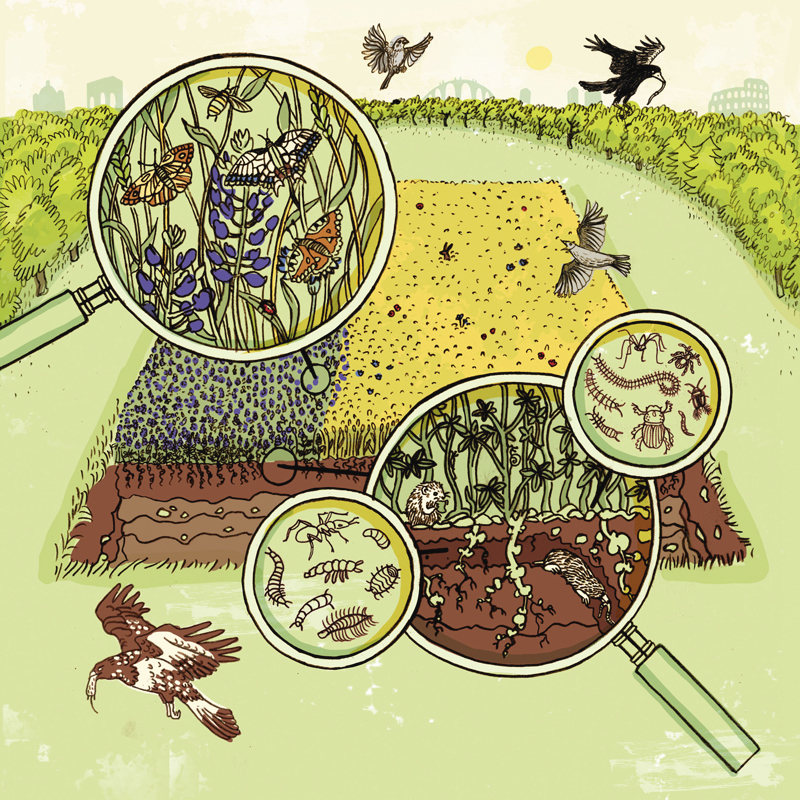 If well maintained your 2000m² could be bursting with life: Trillions of microorganisms would live together with billions of fungi, algae and protozoa, as well as millions of thread and bristle worms, springtails and mites.

It could become home to nearly a million centipedes and beetles as well as tens of thousands of ants, woodlice, spiders and of course – the kings of soil – earthworms. Moles, mice and birds will feed on them; while bees, bumblebees, butterflies and other insects will be interested in the flowering plants. In total, your 2000m² could host no less than 20 quadrillion organisms, weighing about 2 tonnes in total.

We don’t want to lose any of them. Only where it bustles and hums the earth is healthy and fertile. We rely on you!

European Atlas of Soil Biodiversity – Photos, informative texts and maps illustrating the great diversity of life in the soils across Europe

Preserve Biodiversity, Preserve the Planet – What is biodiversity? Why is it important to protect it? What can each of us do? To respond to these questions, Slow Food has created this video.

Bee the Solution
– Bees and other pollinating insects play an essential role in ecosystems. Help to protect the bees!

International Union for Conservation of Nature
– Working on biodiversity conservation