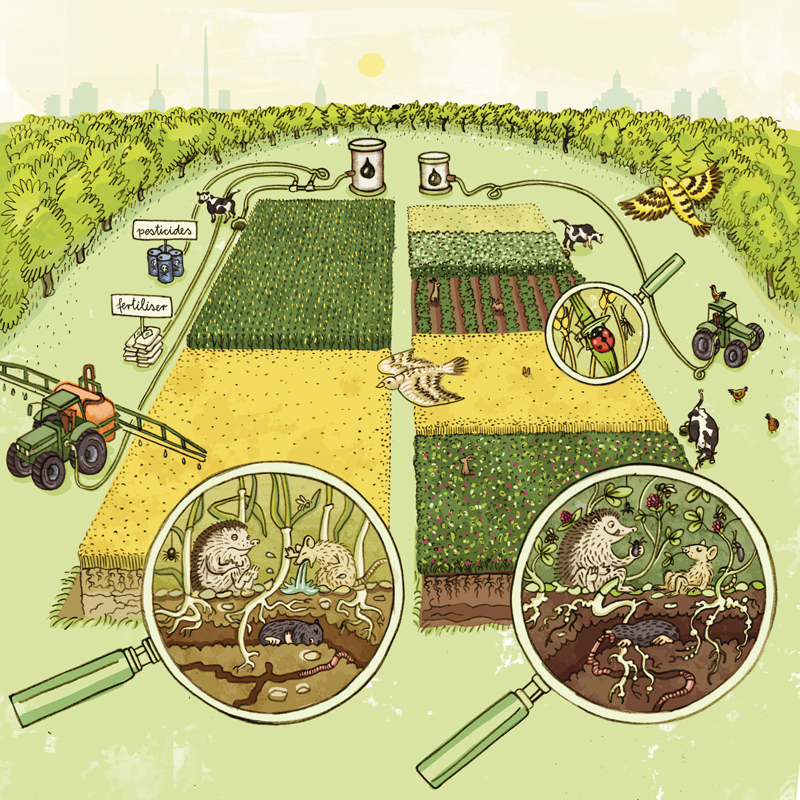 About 40 percent of all greenhouse gases emitted are directly or indirectly connected to the way we eat, transport, throw away and produce our food, and the use of land for this purpose. In order to limit global warming to two degrees Celsius – considered to be the threshold to avert the most severe impacts of climate change – the European Union has committed to cutting its greenhouse gas emissions by at least 80 percent by 2050: A fabulous challenge! Still, it can be done. But we must reduce, and ultimately avoid, most of the energy input into our 2000m². The bulk of energy in food production is used for the production of mineral fertilisers, as well as some for pesticide production. This can be avoided by using organic and agro-ecological methods to enrich soil fertility and by controlling pests by non-chemical means – this will require better crop rotation. These methods are more knowledge-intensive, but greater and healthier biodiversity will be among the first rewards.

Agrochemical spraying in Argentina has increased ninefold since 1990. Doctors and scientists are warning that uncontrolled spraying is causing health problems. 17 photos from Argentina