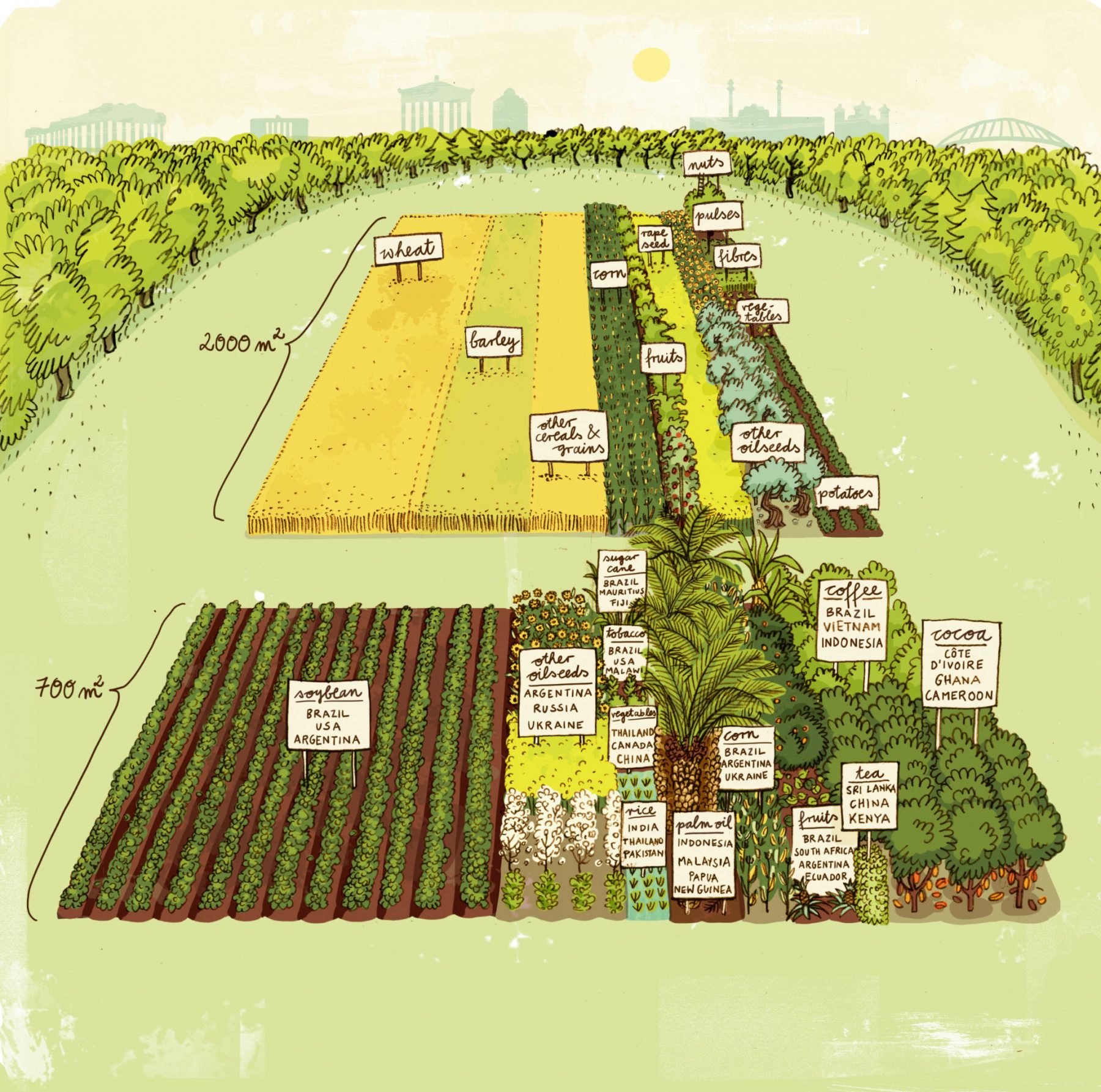 When looking at the EU alone, there are just over 2000m² for every citizen within the European Union. In 2008, the total amount of arable land within the EU was 109 million hectares. The distribution differs from country to country. However, the EU does not get by with this area. Although our fields have better air and water quality, and higher soil fertility than most other fields in the world, not to mention access to extensive technical and financial resources, the EU still imports huge areas of additional land. Compared in hectares, exports (14.1 million ha) and imports (48.99 million ha) of our agricultural products in 2008 resulted in a deficit of 34.9 million hectares. This is equivalent to one third of the EU’s arable land and 700m² for every EU citizen.

Of these 700m², three-quarters are used for growing animal feed, particularly soybeans. They come primarily from Latin and North America, but also from Asia. Additional imports of arable land are also supposed to cover an increasing proportion of so-called renewable resources for our fuel.

Since the amount of arable land will not be significantly expanded, the question remains: Who is missing out on those square metres we are using in excess?

Water Footprint Network
– Information on the water used to produce our coffee, steak, or the cotton for our jeans