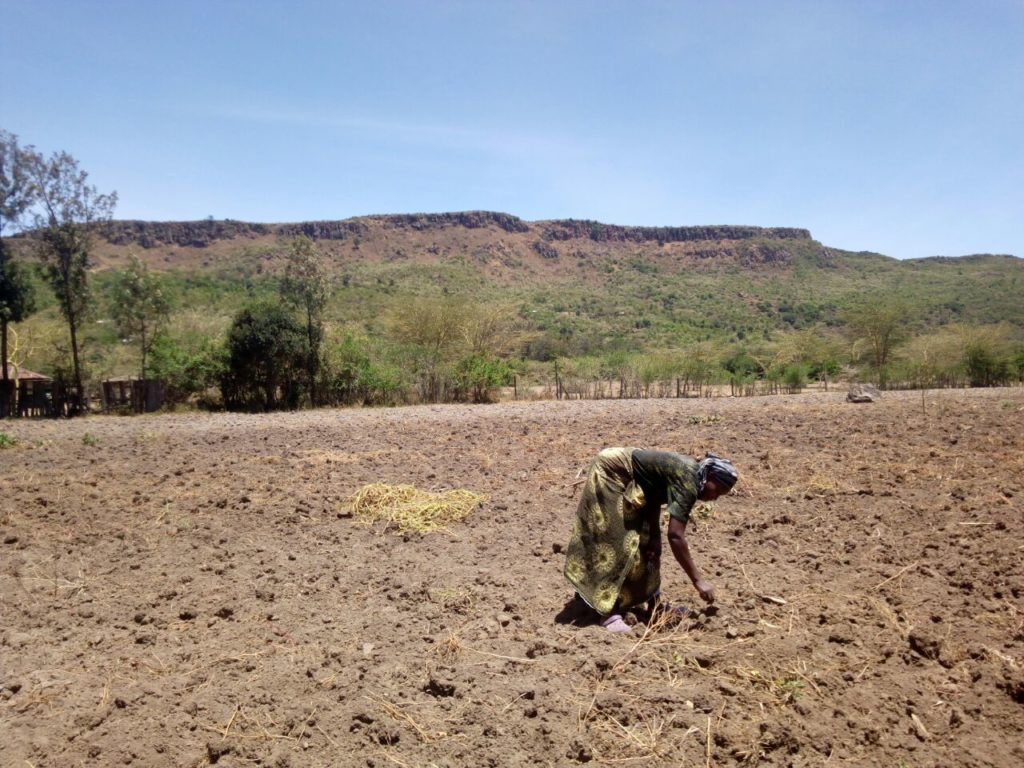 The Maina family has already prepared their 2000 m² field nearby Gilgil in Rift Valley. At the end of february they received just small amount of rainfall which is not ideal for planting. Now they are waiting for heavy rains. In Kenya big rainy season starts in March and lasts until May. Small rainy season starts in November and ends in the middle of December.

When there is enough rain Salome Wambui Maina and Peter Maina will plant maize, beans, irish potatoes, cabbages, amaranths, black nightshade, kales, spinach, pepper, coriander, pumpkin and broccoli. Also bananas and avocado trees are part of the field although they are perennials and won’t require replanting.

But not only the rain, also the continuing patenting of seeds leads to difficult working conditions on the field. Unfortunately, it is becoming increasingly the case that researchers in partnership with some seed companies are patenting farmers’ varieties what makes it illegal for farmers to continue saving them. In collaboration with Egerton University, Seed Savers Network – managed from Gilgil – is pushing a project for documenting farmer’s varieties to prove in case of bio-piracy that they belong to the local communities. The university and seed savers agreed not to patent the farmers’ varieties so that they remain accessible for exploitation by everyone including researchers.

Seed Savers Network is a non-profit grassroots farmer’s organization promoting seed access and agro-biodiversity conservation. The network help farmers to set up a seed bank for local varieties to serve that village. Managed from Gilgil they have been setting up the seeds enterprise for the last 5 years and now they have 40 community seeds banks supplying seeds in 40 villages. Salome Wambui Maina and Peter Maina have already attended several trainings on seed production by the extension department of the Seed Savers Network.

Read more about the concept on how to document farmers’ varieties in our upcoming blogpost. 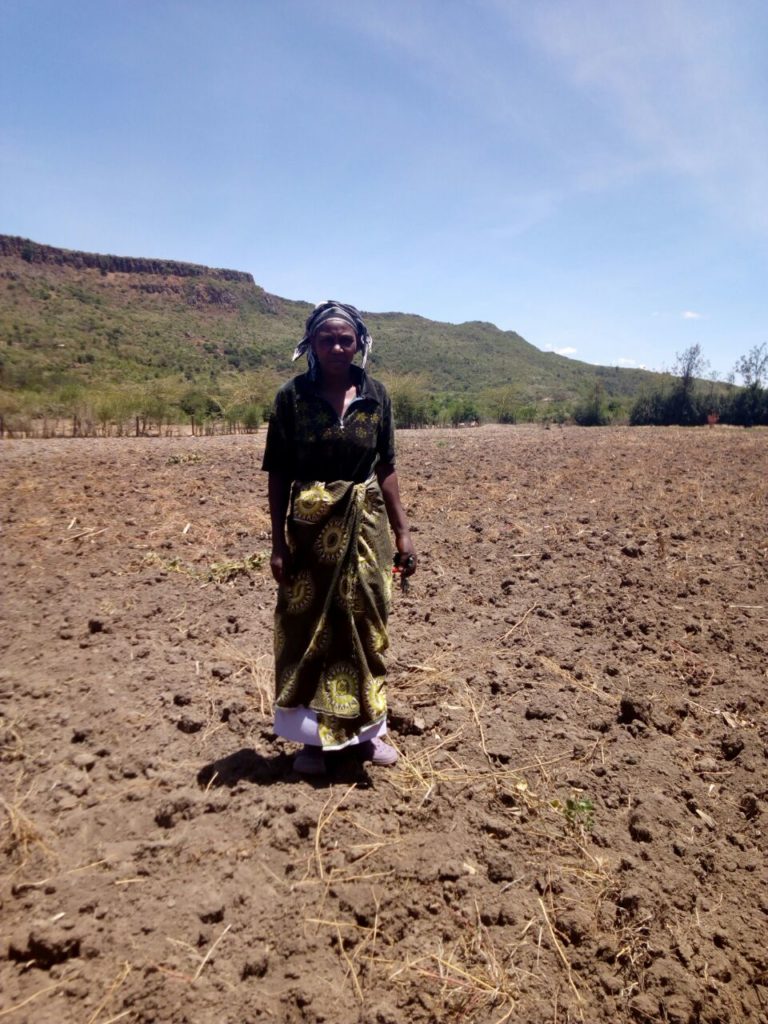 Salome Wambui on the field nearby Gilgil