Benny Haerlin from Save our Seeds organized a debate between environmental activist Dr. Vandana Shiva, Bayer’s representative Norbert Lemken and Professor Sonoko Kimura representing the science view on agriculture. The overall purpose of the debate was to gather an understanding of diverse perspectives on how to make agriculture more sustainable by 2050. 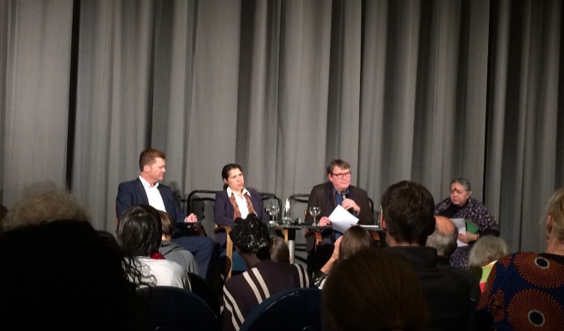 Norbert Lemken stressed the point being a farmer himself and for the need of digitalization in agriculture. The weekend-farmer from the Dutch border is working during the week in Bayer’s public relation department on the topics of agriculture policy.

With a special focus on digital farming he said to believe that precision farming will help to use less pesticides. For him robotics will be the key for a sustainable agriculture in the future. Bayer is already leading in collecting big data on farms to provide farmers with more effective products.

Kimura has a strong expertise regarding nitrogen cycles. Her recommendation are site specific solutions to allow good nutrient cycles. She sees the major challenge in the way digital data is managed. It shouldn’t be in the hands of big organizations.

Shiva used her farm, Navdanya, as a prime example of the capabilities of biodiversity.

Even Lemken repeatedly emphasized on the significance of biodiversity. Shiva acknowledged this later as a major accomplishment of the environmental movement. That Bayer is now talking about biodiversity and sustainable farming was indeed interesting. Also the new transparency initiative might be aiming at building up trust. If Bayer is really n°1 in transparency we might see on December 1st”, when they will publish all data, as Lemken said. For more information, follow cropscience-transparency.bayer.com. 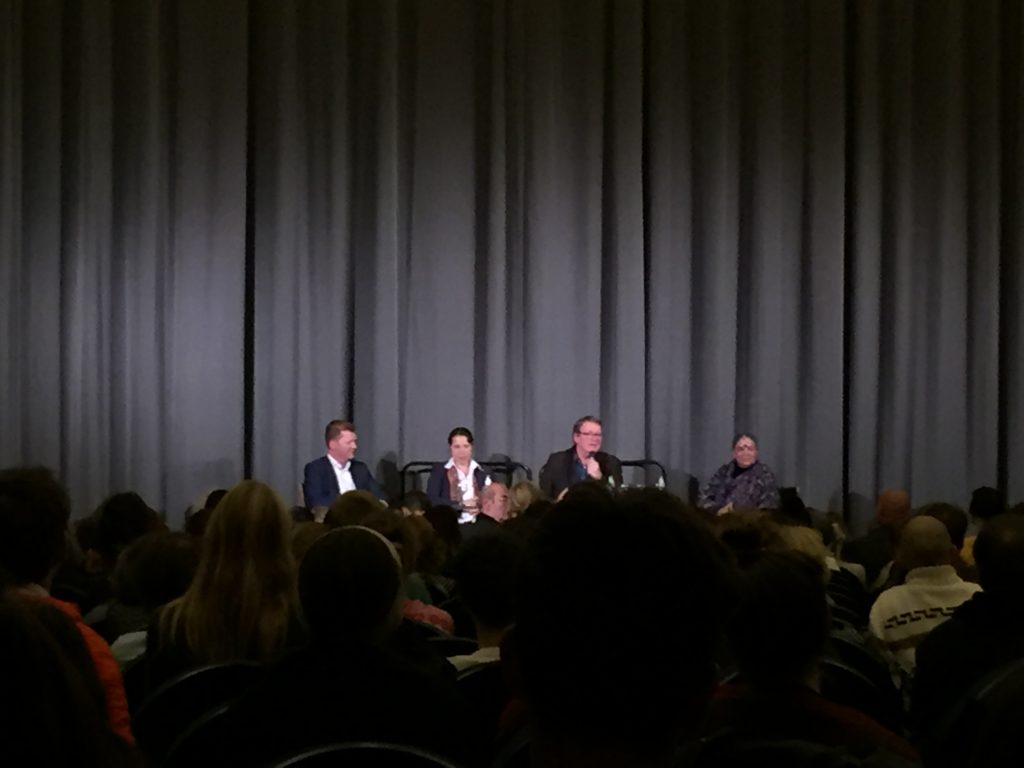 According to Lemke sometimes pesticides were necessary which he called a medicine for sick plants. He was worried about the reproduction rate of lice and them harming certain cultures.

The farmer seemed not to know any other solution than chemical substances against competing life forms. Shiva reminded the audience that nature is not dumb. Shiva replied that a farm should contain a large variety of plants, microorganisms, insects, birds, and animals. This allows an ecosystem with a natural order to thrive and ideas like “pests” and “weeds” will no longer exist because all organisms will serve a purpose.

Lemken was surprised that a lot people would like to be farmers, he believed that few current farmers are willing to stay on their farms in Germany. Therefore, we would have to grow more food in the cities, vertical farming was an example. The input-output balance was not discussed.

He concluded that we would need a bit of everything for the future of farming, only organic farming won’t feed the World.

According to Shiva it’s dangerous to see cities as a solution to the problems on the countryside, the same way Mars can’t be an escape from Earth. Understanding farming systems is understanding biodiversity.

What do you think about sustainable agriculture in 2050?